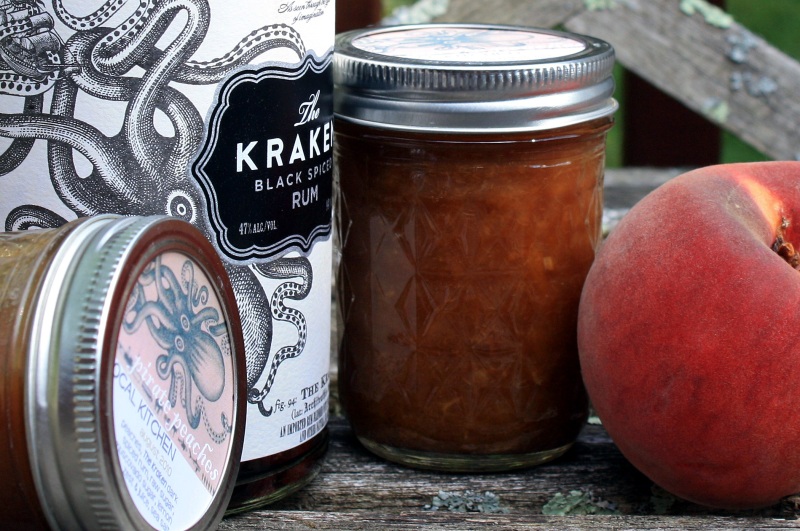 An oldie but a goodie, I’ve made this peach rum sauce for three years running and it always disappears quickly. This is the first year, however, that I’ve used The Kraken rum, yet – how could I resist? Not only does it conjure up images of sandy beaches, swaying palms, and swoon-worthy pirates, it happens to be delicious.  Added to peaches and three kinds of unrefined sugar? It’s delectable.

Enjoy it on ice cream, over pound cake or cheesecake. Have a boozy Sunday brunch with crepes, rum-spiked oatmeal, yogurt or Pirate Pancakes. My friend Melissa bakes it over chicken; I imagine it would make an incredible pork tenderloin, or garnish to a rich pumpkin soup.  Really, there’s almost nothing that can’t be made better by Pirate Peaches.  And the best part? You have a perfect excuse to belt out “RELEASE THE KRAKEN!!!” in a really cheesy Scottish accent. (And then sing about 1000 verses of “Yo ho ho” until your husband chucks a shoe at your head.) Pirate peaches? You had me at “ahoy.”

Keep yon rum-soaked peaches down in the galley, in a cool, dark spot, hidden away from the scurvy scrubs, for up to 1 year.

It be summer, arrrrr.