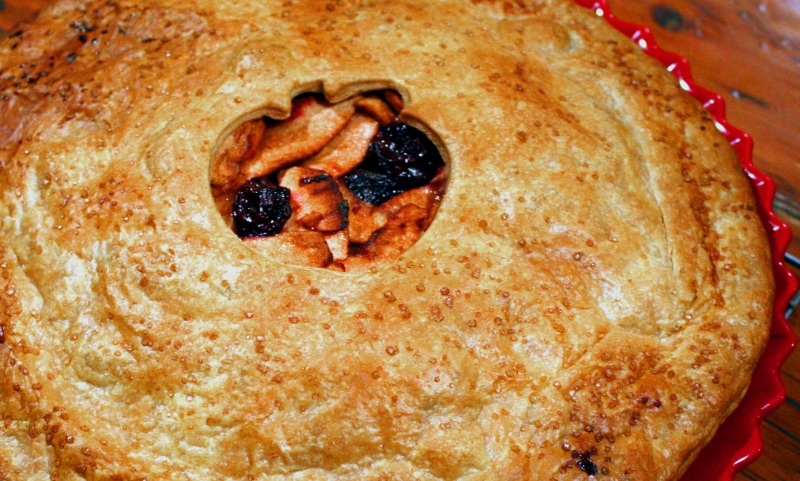 At room temperature, up to 3 days.  Refrigerated, the crust will become soggy; it can be recrisped in a 425 degree F oven, but will lose some flakiness.  Frozen, a fully made pie will last up to 3 months.  If baking from frozen, do not thaw first; simply place the frozen pie in its pie dish and into the preheated oven.