Last week, when I whined about discussed my scallion overload with y’all (you know I’ve been reading The Bloggess too much when I bust out the y’alls), my friend Weber King suggested that I make jerk sauce, as it uses up a lot of scallions. (Y’all should go visit his blog; maybe that would convince him to update it more than once every 3 months).  Hands up if you knew that jerk sauce was made primarily of scallions: I had no idea.  So after much begging, pleading and nagging (and waiting all the way until the end of the work day), Weber King sent me his jerk sauce recipe, which he takes from Steven Raichlen’s Barbecue! Bible. (The exclamation point is in the official title, y’all). I would have walked by this book on the sale table at Border’s with barely an eye flicker: the loud cartoony cover, the 500 recipes, and lastly, that ridiculous exclamation point would have suggested that this was not the cookbook for me. Thank goodness Weber King is not so fastidious, because Mr.Raichlen surely knows his jerk sauce.  It was just about perfect on my very first attempt; how often can you say that about a marinade?

I’ve never been to Jamaica, but I’ve been to East Cambridge (and that’s pretty close). This jerk sauce was awesome: kick-ass spicy, but with more going on than just heat; allspice is predominant, with a scalliony bite, ginger, cinnamon & nutmeg in the background, a hint of herby freshness. Last week I marinated boneless, skinless chicken breasts for 4 hours and popped ’em over a charcoal grill: delicious. Last night I marinated a whole, skin-on, bone-in, cut-up chicken for 8 hours and cooked it over a cedar-wood fire: fan-freakin-tastic.  I’m not lying (y’all); round up some monster scallions and give this one a go. 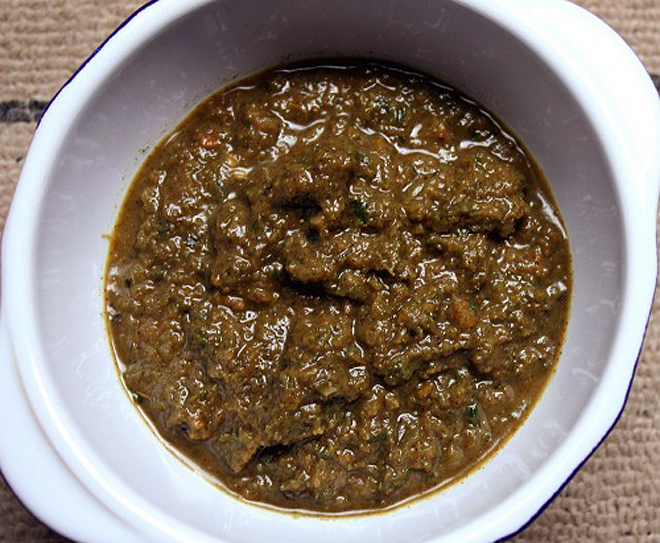 Yields about 2 cups, or enough to marinate 2 lbs of meat. 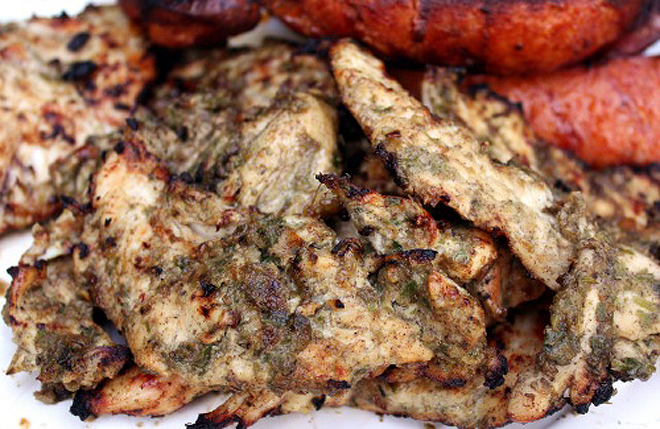 Store any excess fresh marinade (that was not used to marinate meat) refrigerated for about 1 week or frozen for up to 6 months.

Although the classic scallion season is Spring, they are typically available year round at farmer’s markets. Habañeros or Scotch bonnet peppers are in season in late summer; but frozen peppers work equally well.